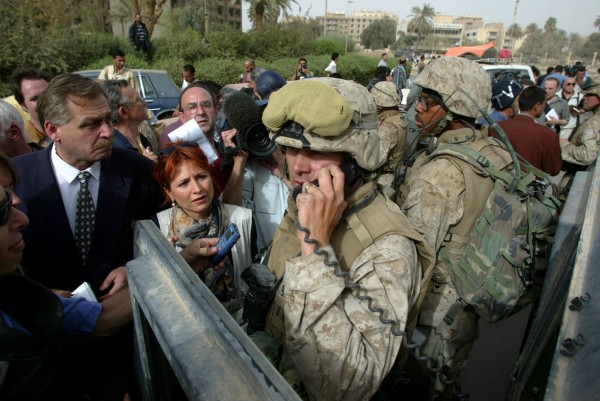 If you were at Firdos Square on April 9, 2003, you would end up in somebody’s picture. This photo was shot by Robert Nickelsberg of Time, and it shows Lt. Col. Bryan McCoy outside the Palestine Hotel, moments after he pulled up in his Humvee. McCoy is on the phone, and the guy on the left, in a jacket and tie, is the hotel manager who had nervously come outside to meet his new boss. At the far left of the photo, partially obscured, the fellow with sunglasses who is holding the digital recorder–yes, guilty as charged, that’s me.